The Best Democracy that Money Can Buy 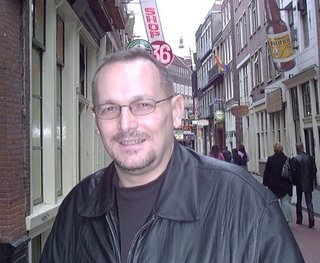 I am a registered, card carrying, socially liberal, Libertarian leaning, and Barry Goldwater-Conservative Democrat. I was one of the first of the Baby Boomers to exercise the right to vote (and drink – for a time) at the age of eighteen.

I thought of myself as a Republican and voted for mostly Republican candidates for many years. I disliked many of the Democratic Party leaders that existed in my youth. The Democratic Party seemed to be held hostage by conservative bigots. The politics of George Wallace and Lester Maddox made me cringe.

Nowadays, it seems that the narrow-minded, the corporate lackeys, the big-government expansionists, and the right wing Christian Taliban control the Republican Party. Perhaps, the leadership in the Democratic Party has “never seen a spending program that they couldn’t vote for” or a socially liberal cause they could not support. The Democratic Party brokered our civil rights laws. And, yes, we have government programs that provide assistance to the “least of these” among us.

Many Americans seem to believe that it is okay to lie, cheat, and steal or buy one’s way into the Governor’s Mansion or the White House. I do not. Here in Michigan (and in parts of southern Ontario, Canada) television viewers have been bombarded with false and misleading political campaign ads from the beginning of January to the present. Dick DeVos is hoping to be the next Governor of Michigan. Ads in January, new ads in February, more new ad in March – it is simply “ad” nauseating.

Dick seems to be trying to buy his way to the Governor’s Mansion with misleading deceitful advertisements. What else is new?

But, wait – here is a real chuckle (Thanks to matt at Michigan Liberal.com)!!
Posted by Lee Harris at 7:04 PM