The Drumbeat of War 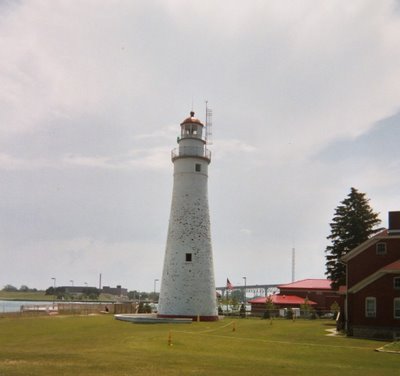 While most of the nation was focused on the speeches at the United Nations and the wrangling in the United States Senate over how we will torture our enemies, the U.S. Congress fell lock step behind President Bush and his GOP War Machine. Three resolutions passed through Congress, seemingly without comment from the media.

All three resolutions are pretty much meaningless unless you recognize the context in which they were presented.

We respect your country. We admire your rich history, your vibrant culture and your many contributions to civilization.

You deserve an opportunity to determine your own future, an economy that rewards your intelligence and your talents, and a society that allows you to fulfill your tremendous potential.

The greatest obstacle to this future is that your rulers have chosen to deny you liberty and to use your nation's resources to fund terrorism and fuel extremism and pursue nuclear weapons.

The United Nations has passed a clear resolution requiring that the regime in meet its international obligations. must abandon its nuclear weapons ambitions.

Despite what the regime tells you, we have no objection to 's pursuit of a truly peaceful nuclear power program.

We're working toward a diplomatic solution to this crisis. And as we do, we look to the day when you can live in freedom, and and can be good friends and close partners in the cause of peace.”

As GWB attempted to win the hearts and minds of the Iranian people, the House passed a concurrent resolution with the United States Senate (H.Con.Res.415) that:

(2) requests the President to--

(A) call for the Government of Iran to emancipate the Baha'i community by granting those rights guaranteed by the Universal Declaration of Human Rights and other international covenants on human rights;

(B) emphasize that the United States regards the human rights practices of the Government of Iran, including its treatment of the Baha'i community and other religious minorities, as a significant factor in the foreign policy of the United States Government regarding Iran; and

(C) initiate an active and consistent dialogue with other governments and the European Union in order to persuade the Government of Iran to rectify its human rights practices.”

On Wednesday, the House of Representatives passed two additional resolutions. One resolution (H.Res.976):

“(1) condemns the human rights abuses perpetrated by the Government of the Islamic Republic of Iran and strongly urges the international community to bring pressure on Iran to halt discrimination and violence toward its citizens, in particular women, religious and ethnic minorities, and vocal opponents of the regime;

(3) expresses its unity with all Iranian people and shares their desire to see become a free country with transparent, democratic institutions and equal rights for all.”

“(1) recognizes the centennial anniversary of the Iranian constitution of 1906;

(2) is mindful of the democratic revolution of 1906 that lead to the drafting of the Iranian constitution; and

(3) expresses its profound hope that the people of will once again enjoy a democratic government in the spirit of the Iranian constitution of 1906.”

I admit that I am a true novice in the research of congressional legislation. I just happened to be looking for any significant House Bills that my U.S. Representative Candice Miller (R-10) had broke ranks with the Great GOP Machine. It seems she hasn’t seen a House Bill supporting clean water for the poor that she likes and voted “NO” on three HB’s despite the fact they were supported by her Grand Old Party. What’s the phobia with water all about? Candice is a veteran of the to Mackinac sailboat race.

Candice Miller also defied the GOP by voting against energy conservation, broadband networks and services, and rural housing assistance for the victims of Hurricane Katrina and Hurricane Rita. Candice must not like our cats and dogs, as she voted against a bill “to insure that State and local emergency preparedness operational plans address the needs of individuals with household pets and service animals following a major disaster or emergency.” She apparently doesn’t care that I want my cats (Diana, Fergie, and Jadzia Dax) to be rescued with me in the event of some disaster. Sink or swim, eh, Candy? Sure, get on your sailboat and save your own butt.

Anyway, it seems that the drums are getting louder. We are “in a crisis” and Congress is willingly skipping along with Boy George and his Neocon Draft-Dodgers. It’s a good thing that I am old and disabled; I won’t be eligible for the new Freedom Draft to Fight Terrorism. You never know – 51 could be the new 40. If we need to leave -- my cousins in are just across the river from my house.

Aaaww crap, we don’t have a boat.