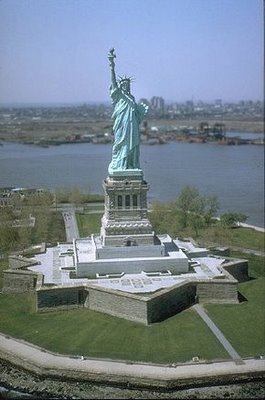 After watching a televised debate between incumbent Senator Allen(R) of Virginia and his challenger, ex-Navy secretary Jim Webb (D), I have a better understanding of the controversy on the subject of allowing women to enroll in the Virginia Military Academy (VMI). I never quite understood the mindset that fueled the debate about women in that academy, in particular, and women in the armed forces, in general. I think I now understand one of the factors that were considered then and still today.

Senator Allen once voiced his concern that should women be allowed into VMI, the treatment of those women would have been “ungentlemanly”. I believe that implies that men were treated differently in their military training. Men were disciplined and motivated by “tougher” or more aggressive ways. The theory being that it was how you shaped boys into manhood.

I literally had a flashback to an incident that occurred in my 6th grade physical education class. I remembered the day that our male teacher told the entire class that we were “pansies”. That degrading statement troubles me to this day. To call an eleven year old boy a pansy in 1966 was the same as calling him a faggot or queer. Mr. E’s remark was inappropriate.

The mindset then and today is that subjecting boys and men to that sort of macho treatment is acceptable.

I have always rebelled against any double standard or discriminating treatment of girls and boys. In my public school classrooms, I consciously worked to be fair and firm in the treatment of all children. I even went to the “extreme” of never having boy and girl lines of students when taking my class to recess, to lunch, or to any other room for music, art, or school assemblies. I never ever wanted to catch myself comparing the boys to the girls neither in how they queued up nor in any other behavior. Girls and boys were motivated, disciplined, and cared for equally.

Not too many years ago, I had a 1st grade classroom that was adjacent to the doors to the playground. During the 3rd grade recess period an angry colleague brought a male student in from the playground and bellowed, “Bend over and grab your ankles,” then proceeded to give the child a rather forceful whack on his behind. I was shocked and appalled. Not only had the teacher violated the law prohibiting corporal punishment, he also obviously assumed that his discipline measure would be quietly accepted by the boy’s parents. After all, “he was a boy”.

I do not believe that Teacher X would have ever ordered a female student to “bend over and grab” her ankles. She would have been bullied and humiliated in some other “acceptable” manner.

It seems that in our culture “equal justice under the law” may be interpreted in different ways. Our children, our brothers and sisters, our friends and our enemies are subject to inconsistent and inequitable standards. Our highly moral country still allows exceptions when it comes to evenhandedness, civility and preserving human dignity.

How can we continue to brag that we have the fairest and freest democracy in the world? Is our brand of freedom truly "God’s gift to the world"?