Going Down the Wrong Tracks 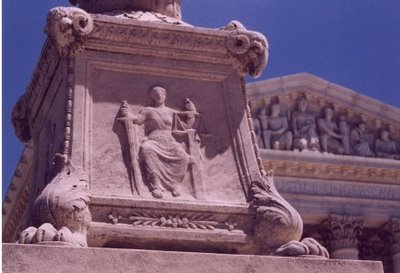 A month ago or so, I watched a History Channel presentation about INTERPOL. The documentary described the difficulty that the American and European governments had had in investigating and apprehending known terrorists. It seems that at one time, the leader of INTERPOL had determined that dealing with terrorists and their actions was beyond the purview of that organization. INTERPOL’s valuable skills and resources could not be used.

When a change in leadership occurred, the mission of INTERPOL was reinterpreted to view terrorists as criminals and their terrorist acts as violations of local, national, and international law. A murderer is a murderer. Assassination is murder. Making and using a bomb to kill one person or twenty is murder. Terrorist cells are just another group of criminals that conspire to disrupt commerce, possess illegal weapons, forge documents, and murder.

So what the hell is the big deal with apprehending, interrogating, prosecuting, and punishing one terrorist or twenty?

How many times do Americans and the citizens of the world need to be reminded that the events on did not CHANGE a damn thing. We do not erode our Moral Authority by allowing torture. We do not erode our Moral Authority by convicting anyone with secret evidence or evidence procured by unethical means. We must not use confessions or evidence obtained by mistreating another human being in our pursuit of justice. Terrorists are not lesser beings, as some bigots declare. Whether your criminal behavior was inspired by vengeance or some fractured interpretation of a religion – you are still a criminal. We have always had terrorism and terrorists. If our local, state or provincial, national and international laws are violated then let’s hunt down the criminals and bring them to justice.

President George W. Bush has been using smoke and mirrors to effectively hamstring this nation for far too long. We do not need to clarify the interpretations of Article 3 of the Geneva Conventions. We do not need to use lawyers to justify our actions. Legal opinions are just opinions. We have a justice system that demands that COURTS interpret the law and that judges rule during the proceedings of a trial.

It has been suggested that Article 3 may be outdated. Is our Constitution outdated? Are International Laws outdated? Do we pussy foot around the because some prostitute lawyer says we can? Bullshit!!

If the needs a NEW law to deal with the “enemy combatants” in our custody, so be it. However, the moral and ethical principles that have tempered our nation must not be sacrificed. President Bush has released 14 terrorists from secret CIA prisons and has had them taken to Gitmo for trial. This cynical ploy is meant to help him justify the moral and ethical step backwards that his administration has taken.

Good Golly. If we don’t change the law to fit this situation that GWB created – then we will have failed the American people. We will be less safe and the terrorists win.

Democrat and Republicans need to reaffirm their oaths of office and get about the business of preserving, protecting, and defending the Constitution of the . Ladies and gentlemen – you work for me. You answer to me. So stop screwing around and do something for the people and forget your corporate and special interest campaign contributions and get the job, we elected you to do, done.

You can protect us from the terrorists by continuing to apply existing law. Trust our judicial system. Trust our system of checks and balances. We have been working really hard over the past 230 years to get it right.