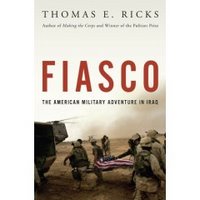 I am a little more than one quarter of the way through my latest self-imposed reading assignment. I recently completed both Keith Olbermann’s book, The Worst Persons in the World, and John Dean’s book, Conservatives Without Conscience. Keith’s book was humorous and helped me through the dark days of the last weeks of the Do-Nothing Congress’ session between Summer Vacation and Election Campaigning. Will those folks ever do any real work?

John Dean’s book was extremely informative and depressing. It is hard for me to imagine how true conservatives, liberal, and progressives are to succeed in countering the authoritarian My Way or the Highway, self-righteous, amoral, so-called Christian, so-called Republican, small “c”, freaky conservatives. They have no interest in the traditional American system of democratic governing by debating issues of great importance and resolving differences through true bipartisan compromise. I was taught that our founders and other early leaders actual spent hours discussing the problems facing our great nation and eventually voted yes, no, or agreed to compromises. I seem to recall an entire chapter in history classes on the topic of “The Great Compromise”. It has become more apparent to me that traditional American values have been set aside by American “Taliban-like”, Right-wing, conservatives.

My current reading goals are to complete the reading of Fiasco, by Thomas E. Ricks; continue cherry-picking chapters in Bipolar Disorder, by Dr. Francis Mark Mondimore; resume No god but God, by Reza Aslan; and finally get around to my latest Amazon purchases, Crashing the Gate and Wait! Don’t Move to .

In Fiasco, I am still reading about the run-up to the Iraq War. I am just now reading about the lack of a planning for what is to happen after defeating the Iraqi army and deposing Saddam Hussein. It is reveal that previous plans for both the war and the occupation of were literally tossed out and never read by the Bush/Rummy Neocon Cabal. Rummy ignored the recommendations of the military, which asked for larger numbers of troops, and choose to pig-headedly insisted on experimenting with his perceived model of modern warfare – take a quick trip to with the least amount of troops and support. After all – we were going to be greeted with flowers and sweets. One of the neoconservative cheerleader chicken-hawks, Paul Wolfowitz, actually believed that there wasn’t “a history of inter-communal violence in ” and that “the ethnic differences in are there but they're exaggerated”.

The parents, siblings, and friends of our war dead, our wounded, and our disabled and permanently maimed troops beg to differ. Troops currently serving in know the truth. The over 100,000 innocent Iraqi civilians and their surviving family and tribes know the truth. The Sunni and Shia know the ugly truth about their age old war between their sects.

Our brainiac civilian appointees in the White House, Pentagon, and State Department did not bother to research the history of the cobbled together failed British experiment called . They did not learn about tribal warfare. They did not understand why Saddam Hussein chose to eliminate entire families and tribes. That not-so-dumb dictator knew that he could not kill just one Iraqi political enemy or dissenter – he had to wipe out his parents, brothers, sisters, and cousins. You see, when you offend, dishonor, harm, or kill one man – the entire family and tribe is obliged to seek revenge. So, imagine that for every Iraqi that is killed by Coalition Troops, we create numerous Iraqis seeking vengeance. For every Sunni that is killed by Shia rebels, 10 more Sunni are hell bent on revenging that death. And, so on, and, so on, and, so on…….

There is a civil war in . We are in the middle of that civil war and we are not trusted by Sunni and Shia communities and their leaders. I sincerely believe that the only solution is to partition the country. The Kurds have had their own autonomous state since the end of I. It is time to separate the Shia and the Sunni into two separate states. The shift in populations has already begun.

Frankly, we have no business trying to referee an Arab and non-Arab, Shia and Sunni, Kurds and the rest of dispute. We have to forget about the oil. We must once and for all time – stop trading for oil with American lives and American treasure. King George and his misguided misfits must be more concerned with defending and preserving our liberty and freedom than imposing our democracy upon groups of people that are intent upon killing each other. They do not want to compromise. They want their own little countries. It is their way or the highway.

It is time to come home and review our own history, celebrate our own freedom, and defend our own way of life.