From the Daily Dish 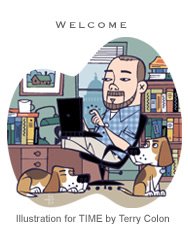 Andrew Sullivan’s “Quote of the Day”:

"Seven blunders of the world that lead to violence: wealth without work, pleasure without conscience, knowledge without character, commerce without morality, science without humanity, worship without sacrifice, politics without principle," - Mahatma Gandhi.

And, Andrew Sullivan on GWB:

“I believed George W. Bush. And I trusted him. And as the evidence has poured in that my faith and trust were betrayed, my surprise has turned to rage. I'm not a generally angry person. But if I have placed my trust in someone on a matter of this gravity and I find out they lied, bungled and betrayed me and others who trusted them, then all I can say is: they picked the wrong guy to bamboozle.

You don't send 19 year-old kids to risk their lives and die to protect your own political power or advance your own partisan purposes. You don't abandon thousands of innocent Iraqis who also trusted you to marauding gangs of terrorists and murderers, and stand by and tell critics to "back off". You don't ask people of good faith to support you in a critical war and then secretly breach the Geneva Conventions and torture people and blame only a few grunts on the ground for your war-crimes.

The anger of the left, I realize, was always there. But the anger of the betrayed and decent right and center is deeper. Some readers think my anger has gotten the best of me. Maybe on occasions it has. But I'd rather be too angry than too afraid to call these people what they are.”