Candice Miller Does Not Deserve Another Term 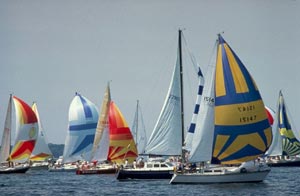 Candice Miller (R-10) has a formidable war chest. It is no wonder that the Democratic Party is unable to field a credible candidate to vie for the 10th Congressional seat. Candice Miller is a Republican Party Loyalist that rarely splits with her party on votes of any significance. Except for confusing votes against national and foreign clean water initiatives, she seems to be just another Republican political hack.

I don't care about her Macomb County and State Office experience. I do care that she was one of the last members of Congress to receive a reprimand from the House Ethics Committee. Shortly after her pathetic profanity filled contemptuous conduct, the House of Representatives changed the rules governing the House Ethics Committee. In the last few years we have had to rely on local, state, and federal prosecutors to weed out the Republican crooks and liars.

I am concerned that Candice Miller was unapologetic about her bad act.

I am concerned that Candice Miller has been a member of the Worst Congress ever.

I am concerned that Candice Miller shirked her responsibility as a member of the third branch of our republic's government. She and the rest of the Republican Party allowed Mr. Bush to sign legislation with signing statements that for all intents and purposes vetoed the laws. The Do-Nothing Congress has never provided any checks and balances to the assumed power of Mad King George. She enabled him. She stood by and said nothing.

Ms. Miller and her Republican cronies allowed our President to have a blank check to torture and suspend habeas corpus. She stood by and did nothing. Nothing.

Yes, I am embarrassed that Anthony America was in the Democratic Primary and received far too many votes. I have to admit that I met Mr. America some 14 years ago. I was familiar then about his forays into politics. I even wrote a letter to the Editor of the Times Herald defending him for voicing an opinion about something or the other. And, to this day I still believe that that gold lamee shirt just didn't suit him.

As for Ms. Miller, it is long past time that she put away her Republican power suits and get out her deck shoes and sail away.

Good People, it is time for a change.
Posted by Lee Harris at 11:48 PM

I'm so glad we found each others' blogs! To be honest I don't think I've been here before.

I agree with you that Candice Miller needs to be voted out!!! Don't know how interested you were in the "Boxer Rebellion" on Jan 6, 2005, when Congress had a hearing to challenge the Ohio electoral votes, but I watched Miller's speech that day. I can't believe how arrogant and insincere she was. I don't live in that district, but I wanted to make a commercial with excerpts of her speech, concluding with the line "if you vote for her, it might be the last time you're allowed to vote." She cares nothing about electoral justice.

You can read her speech in this pdf .. she's on acrobat pg 13 or doc pag H111 beginning in the middle section of the 2nd column ... it's not nearly as bad on paper as it is on video.