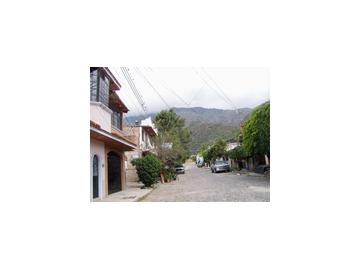 Again, the view is of the street facing down the mountain toward the lake.

I had to turn the television off this morning. I am already over the spin and the declarations of political hacks and Congressmen. Please stop the analysis of the mid-term election and the silliness of making political soundbite promises. We have had far too many voices and far too long of a news cycle. This shit has to stop.

No amount of respect and reason will redeem the Democratic Party should it fail to remember that not long ago the Republican Party's "Contract With America" gave in to arrogance, greed, and the lust for power.

I would prefer that my Party demonstrate its principles; shun fame, power, and personal and re-election campaign donations and corrupting gifts from lobbyists, corporations, colleagues, and special interest groups; avoid arrogance; and serve the people that elected you.