Whine in a Box 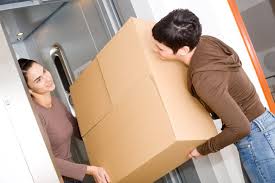 It is extremely sad that many of those protesting civil rights for gay folks claim to be God-fearing Christians. It is equally disturbing that many of those same folks claim that it is a violation of their own civil rights if they must provide any health services to gays and anyone else that they deem unworthy of their help. It is unbelievable that an emergency medical technician could refuse to treat an injured person and claim that we must respect and support their actions because of the EMT's personal religious freedoms. Its ludicrous.

John Aravosis from AMERICAblog has a short posting about the implications of allowing bigots to openly and proudly discriminate. He states:

"Listen to the words of the religious right and their Republican defenders. They no longer talk about stopping individual gay civil rights legislation. They now are trying to establish a "civil right" by which any American worker can refuse to serve any other American, simply by offering the excuse that their bigotry is justified by their freedom of religion. That's not only patently absurd, it's incredibly dangerous. It undercuts - no, guts - all existing civil rights law, for everyone.

Not to mention, what the religious right is proposing is that they be given the right to kill people. In the name of God. Still don't think they're America's Taliban?"

It seems to me that these Christianists have put God in a box. They conveniently forget all the scriptures that tell us God's Work is still in progress and that there are many truths and wonders yet to be revealed. Their minds are closed and sealed with packaging tape. They claim to know the Word of God and the dogma they preach never changes. They believe that their way is the only way. And, rather than inviting us to Christ, their goal seems to be to force their Christianist morality upon all of us through the American Republic's legislative process.

My Faith teaches personal responsibility and that we all have "agency" -- free will -- choice. We teach that all of us are God's sons and daughters. We teach love. We believe in creating a better world here and now on earth -- Zion. We believe in modern-day revelation. We believe that God still speaks to us today and when we are prepared He may reveal yet more truth. For example, women were allowed to join the men in serving His Church over 20 years ago. Afterwards, some of our people left the church and/or created their own discriminating entities. One of those groups publically and loudly condemed me and anyone that had anything to do with my ordination following my "coming out". Those sad folks have God's so boxed-in that I fear they will never grow, love, and truly serve mankind.

Our Mormon cousins, now blamed for the California Hate legislation's passage, finally allowed black folk to join the white men in serving His Church a short few years ago. Maybe, someday, they will recognize the worth and talents that ALL people have and ordain women and gay folks. Unfortunately, they too have boxed-in the Lord, sealing Him in the secrecy of their Temple rituals, and rejecting anything that might get in the way of each devote man's journey to become a God as Adam has.......

My religious tradition teachs us to question authority. We are to prayerfully consider what we are told or what we read. We decide. God is not stuck in some stupid box. Jesus does not need to be pictured as lost or missing on some milk carton. No one is threatening the religious freedom of the Christianist Right. Those shameless hypocrites are attempting to stiffle my freedoms, my life, and my pursuit of happiness.

Just remember the golden rule of moving from one house to another. If any box is still sealed and stuck in storage, its really not that worthwhile. If the contents were important, they would have been taken out and shared.

How elegantly put. Just another reason why I love you.