Until Death Do You Part 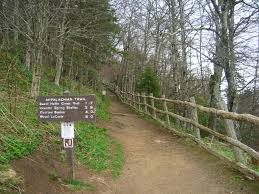 So much for the sanctity of marriage.  The Republican Party has selective memory problems when it comes to criticizing any fellow Republican or Christianist leader when they fall short of the high standards that they profess to hold for themselves and others.  Bill Clinton lies about getting a blowjob and the Guards Of Purity go apeshit.  A confirmed adulterer is nominated to be the Republican Party standard bearer and 2008 Presidential Candidate and no one, not one person it seems, bats an eye.  Republican Governor Mark Sanford lies to his staff and state and wife, has a sexual intercourse with a woman that is not his wife, and claims the so-called high ground when addressing the Christianist definition of Holy Matrimony.  Phreaking hypocrites all.

Mrs. Sanford is divorcing her Appalachian Trial Hiking husband.  Good Luck with that.