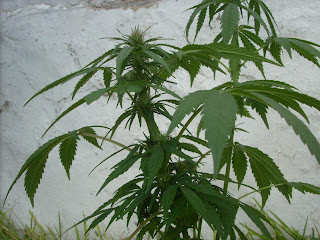 Despite President Obama's pronouncement that the Federal government will no longer pursue users and suppliers of medical marijuana as long as they comply with the state laws where medical marijuana use and its production are allowed, a medical marijuana growing operation was raided in Colorado.  Colorado citizens approved Amendment 20 in 2000 giving people the right to use marijuana for medical reasons.  The bust may prove to be very controversial.  The Denver Post has the story here.

It seems that the production of medical marijuana is still a Federal offense even if you are growing it under the laws of a state that allows it.  News reports partly credit the arrest of the grower as due to his bragging about his operation and its potential profit.  The fact that the growing operation was only a block away from an elementary school is also significant.

Currently, fourteen states allow some use of marijuana for medical purposes:

Medical Marijuana was just approved by Michigan voters in 2008.  I'm not aware of any similar stories in Michigan.  We'll just have to wait and see how this all shakes out.
.
Posted by Lee Harris at 6:22 PM