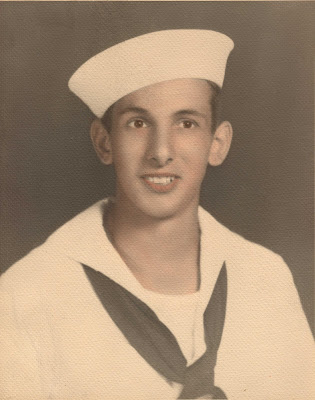 After watching the Countdown commentary on health care, I told Billy about the tears and the realization that the anniversary of Dad's death is only days away.  More tears.  While I blogged, Billy searched my website and found the exact day.  Neither of us could recount the right day right then.....
I thought that Billy's serendipitous discovery was worth sharing again.  It seems to be timely.


The other day I was searching online for confirmation that a particular quote attributed to Franklin Delano Roosevelt had indeed been uttered by him. As I was reading through some of his famous fireside chats, I found a particular passage that made me immediately think of Karl Rove and the Republican Party of today. The passage seemed to be part of the Rovian stratagem that can be adopted by any organization seeking contributions from their supporters. Scare them – then ask for the funds to battle the supporters of _____________. (Flag burning, gay teens and gay men serving or working with the Boy Scouts, dismantling Social Security, removing “under God” from the Pledge of Allegiance, the attacks on Christmas, cutting veteran benefits, “special” rights for gay folk, etc.) Those loathsome groups will continue ranting about whatever real or made-up controversy --as long as it enriches them and insures that their people will vote in the November elections.

In 2005, I read through many fear mongering letters that were sent to my father’s house. Dad received many many solicitations for contributions from bogus police and firefighter associations, veteran groups, senior citizen groups, religious groups, concerned this, and concerned that. In the latter months of 2005, I began to sort out those letters from the daily piles of mail that I retrieved from the mailbox. The lotteries in Australia and East Wherever were also vying for a piece of my father’s modest bank account.

The letters from the smear and fear groups bothered me the most. Dad was not a soft touch and he dutifully shredded each and every one. He usually kept the American Flags (Nothing grabs folks better than a patriotic appeal.), pens, window decals and stickers, and other so-called gifts. Dad would give away most of the “complimentary” crap but, once in awhile, the old Buick or the front and backdoors would demonstrate the fact that he supported our troops, the striking newspaper workers, or some human and/or civil rights organization. He surprised me sometimes with his social liberalism. But, not really.

You see we have an eclectic sort of family. My father was of Canadian/British descent. He married a stubborn and fiery woman of Prussian/Canadian/Welsh descent. They had five children (four boys and one girl). He welcomed his daughter’s husband into the family without reservation and equally the wives of his sons. Dad “adopted” the companion of his gay son and introduced him to friends and family as just another one of his boys. His grandchildren presented him with great-grandchildren of Anglo, African-American and Hispanic decent. He loved them all.

Anyway, as I was looking through the FDR materials and quotation websites, I read many inspiring, challenging, and encouraging words. I may refer to some of those gems in coming days and months. Indulge me, folks. I will always be a student, a teacher, and my father’s son.

His life was gentle; and the elements
So mixed in him, that Nature might stand up,

I love when you write about Grandpa. I miss him, and I always learn something new about him when reading about him from your perspective.