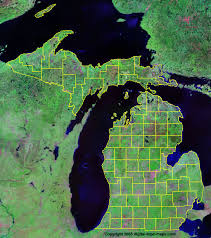 Back before my State retirement benefit not-quite-Cadillac health insurance plan began demanding that nearly all my prescriptions must be filled by an out-of-state company, I seemed to spend a lot of my time at the CVS Pharmacy next to the old Farmer Jack.  I liked doing business there.  The clerks, pharmacist assistants, and pharmacists were some of the nicest people in town.  One lady in particular will always stand out as someone to cherish and respect.  When years ago I complained about the raising of my prescription deductible from a paltry few bits to dollars she "corrected" me.  She was "nice" about it and she was right to let the then very young teacher know that I had very little to complain about.  I learned.

Over time, as a loyal customer, especially when searching for coupon bargains, I found myself in line at the pharmacist's checkout many times.  It was there where I saw the old old ladies and old old men pick up their prescriptions and shell out hundreds of dollars for them.  Sometimes medications were left behind to be picked up when more money was available.  I witnessed the tragic and the very sad.  When President Bush's Republican Majority rammed through the Medicare Prescription Drug Benefit I was happy that the old folks would have more help with their health care costs.  The crazy "doughnut-hole" provision that still made senors pay full price for prescriptions for a weird few months or more after some other crazy provision was satisfied was still a problem.  President Bush's plan was good, but not perfect.

As soon as President Obama signs the new Patient Protection and Affordable Care Act that doughnut dumbness ends.  And, unlike the Medicare Prescriptions Benefits Act that George W. Bush signed into law, the costs of this health care reform will be paid for and then some.  The deficit will actually be reduced.  The numbers have already been crunched and the Democratic Majority will deliver upon a promise made decades ago while saving the country some money.

Sadly, Candice Miller (R-MI) has already pledged to repeal the filling in of the Medicare doughnut-hole.  Mrs. Miller has taken a pledge, along with other lawmakers, politicians, and teabagger crazies to Repeal It.  So, Mrs. Miller seems to be sending out a big "screw you" to my aunts and uncles and cousins back in Port Huron and St. Clair County.  Continue paying those high prices for your medications.

Mrs. Miller has also pledged to repeal the law that stops insurance companies from canceling anyone's insurance when they get sick.

Mrs. Miller has pledged to repeal the law that allows a 26 year old to stay on his parents health insurance policy.

Mrs. Miller wants the insurance companies to be able to cap the amount of money they will spend on you.  So, if you get sick or injured, die quickly according to Mrs. Miller, because the insurance companies should be able to cap their payments at some "life time" amount.  So, if you get sick or injured you may go bankrupt trying to stay alive.  And, you must constantly worry about paying for your bills........  The true death panel is the insurance company's cap on paying for your survival.  Hit the cap.......... go bankrupt.......... and........  Candice Miller seems to support this death panel........

Yes.  Representative Candice Miller (R-MI) seems to believe that her political party is more important than how the Patient Protection and Affordable Care Act 0f 2010 will impact the lives of her constituents back in Michigan.  She also seems to believe that folks in the 10th Congressional District are stupid enough to believe that repeal of this law is even possible, given the popularity of many of the provisions in the bill and the fact that monies will be heading out to our community health centers to address the needs of the poor -- uninsured and under-insured.  And, furthermore, hanging your political future on an unlikely repeal of the Patient Protection and Affordable Care Act and continuing this asinine Republican Obstructionism --- just saying no to everything --- is certainly the best way to show the folks back home your true family values.

Yep.  Republican Party vs. family values...........................  I wouldn't be surprised if her re-election campaign fund-raising letters try to scare folks into sending her money to help her "fight to repeal" the Patient Protection and Affordable Care Act 0f 2010.