Posted by Lee Harris at 9:47 PM No comments:

Posted by Lee Harris at 8:37 PM No comments: 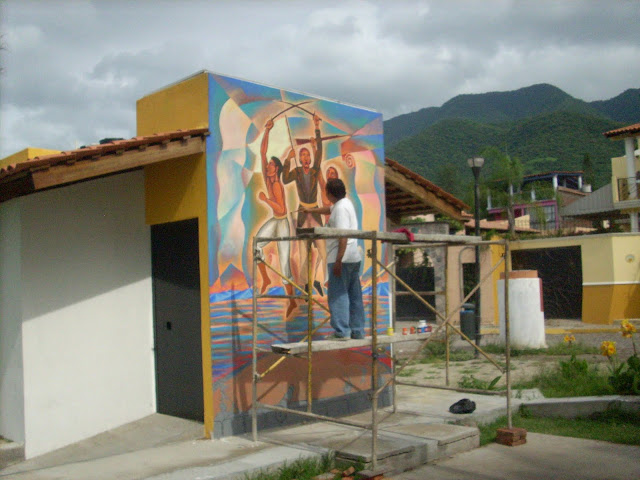 The local government continues to make improvements to our boardwalk along our stretch of Lake Chapala.  I took this photograph this morning as I walked (and cried and got mad and and and ......).  This is the side of one of the public restrooms.

Our town has numerous murals throughout the neighborhoods and on government and public buildings.  All of them are amazing and each of them tells a story.  Our paradise is painted....

Posted by Lee Harris at 6:45 PM No comments:

I like the election theme that Democratic Gubernatorial Candidate Virg Bernero enunciated in a recent speech -- "Main Street Not Wall Street".

Candice Miller (R-MI) seems to be a Wall Street supporter.  She has failed to bring home extra Federal monies to her constituents' Main Streets -- by choice.  She took a pledge to no longer work to increase Federal spending in Michigan's 10th Congressional District.  She voted against reforming Wall Street at the peril of Main Street.  And, she voted against the health care affordability act in support of the insurance companies.  Wall Street profits trump the needs of mom, dad, and the kids on Main Street.

She voted against extending unemployment benefits that rescues families and puts money into the local economy.  No help for Main Street.

She voted against modernizing our air traffic control systems.  Remember that when you next fly.

She voted against flood insurance reform.  What was that about?  Doesn't she care about the homes on Main Street?

Please -- Just who does Candice Miller work for?  Wall Street?  Or the people of Michigan in general and the folks in the 10th Congressional district in particular?

It seems Candy has clearly demonstrated her contempt for Michigan families.

The voting record of Candice Miller (R-MI) may be found here.

Posted by Lee Harris at 4:15 PM No comments:

Quote of the Day

I have no beef with evangelical Christians who support full civil equality for gays and lesbians despite believing that gay sex is a sin. Heck, I'll personally mow the lawns of evangelical Christians who refrain from actively persecuting gays and lesbians. I've said that the gay rights movement shouldn't get into arguments about theology and that people have a right to their own beliefs. I frankly don't care if someone thinks I'm going to hell after death and I'm not going to argue with him for the same reason I'm not going to argue with someone who believes that I'm going to the lost continent of Atlantis after dinner. All gays and lesbians want from evangelical Christians is the same deal the Jews and the yoga instructors and the atheists and the divorced and the adulterers and the rich all get: full civil equality despite the going-to-hell business. (And isn't hell punishment enough? Do we have to be persecuted here on earth too? It's almost as if they don't trust God to persecute us after we die. Have a little faith, people!)  ----  Dan Savage (via the Slog)

Posted by Lee Harris at 2:31 PM No comments: 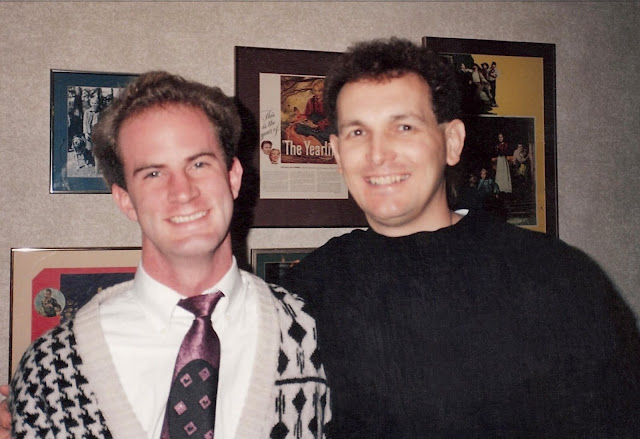 Oh, Ben, You're So Butch

Posted by Lee Harris at 9:54 PM No comments: