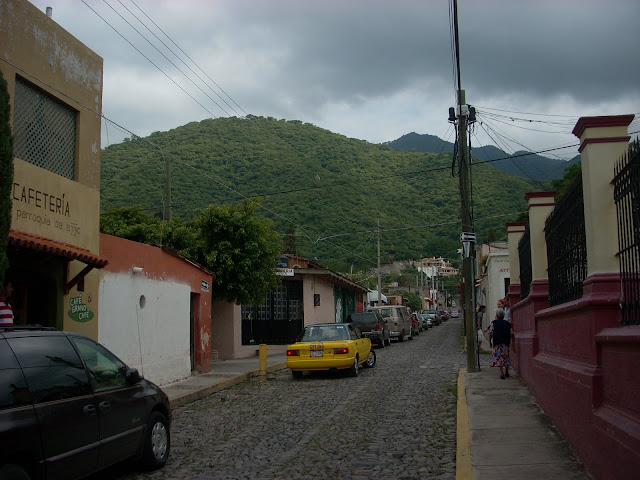 I have the rest of my life to see that.....  So, glib.  So, disengaged.  And, so wrong.  Yep, that was my answer to everyone's inquiry as to whether or not I have seen this or that around Ajijic and the Lake Chapala region.  I especially gave my standard "some day" answer when asked about trekking up Loma Ancha to see the shrine.  Many added that the path continues to the top of the mountain and over and down to another village.

The Catholic shrine above Ajijic looks out upon Lake Chapala and the villages below.  It is something that for the last three years I took for granted. The shrine can be seen from most any point in Ajijic and, from below, it looks to be about three quarters of the way up the mountain from Upper Ajijic.  I promised Billy that someday we would journey to the shrine.  This morning as the sun was rising, Christian and I made our way to the foot of the pilgrim's path.  We climbed Loma Ancha to the shrine.  And, we carried with us a portion of Billy ashes, messages, and flower seeds to cast "on the wind". 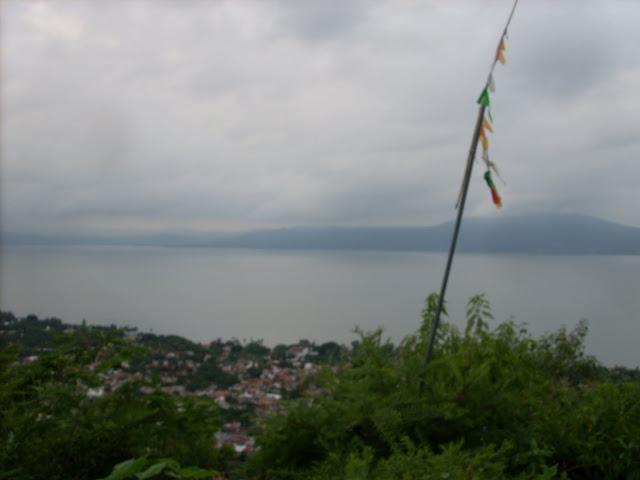 Billy wanted his ashes spread around the places that he loved.  In addition to our pilgrimage to the shrine, we also spread some of Billy in Lake Chapala and a wee bit next to our mango tree and amongst the banana trees.  Billy's brother said that he would have some of Billy spread in the Saint Clair River back in Michigan.  We loved living just blocks away from the bottom of Lake Huron and the mouth of the Saint Clair River.  We used to walk and ride bikes along the Thomas Edison Parkway -- one of the most beautiful places in the world -- in my hometown of Port Huron, Michigan. 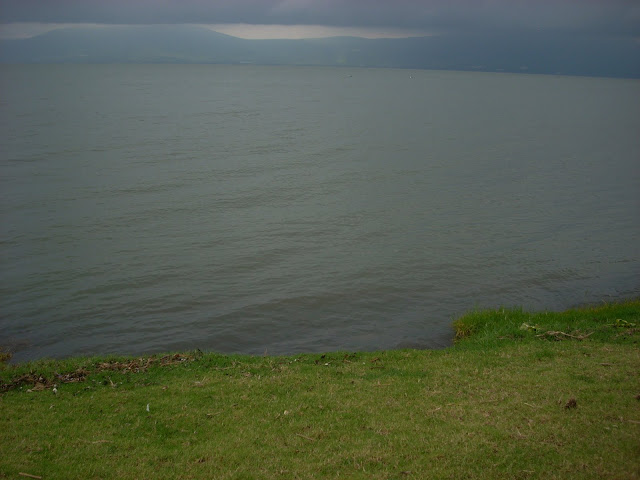 I kept my promise to Billy.  And, we made it to the shrine on Loma Ancha..... 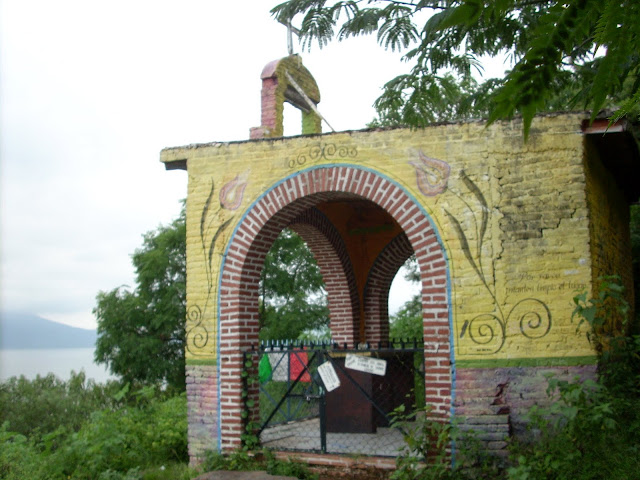 One of the first things we will do when we get to Michigan is go to the river and lake in Port Huron and spread some of Billy's ashes there.