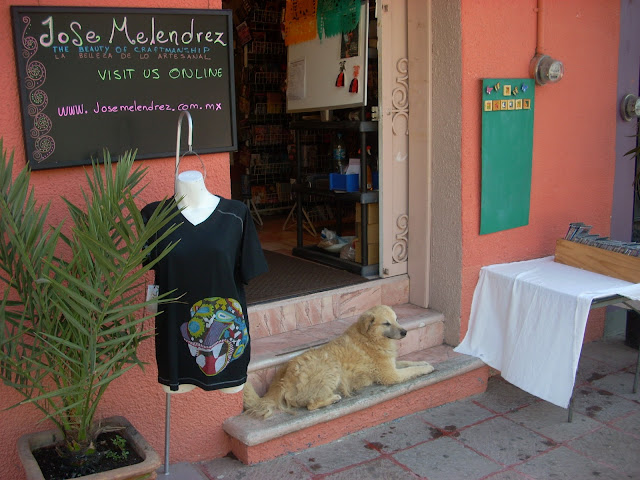 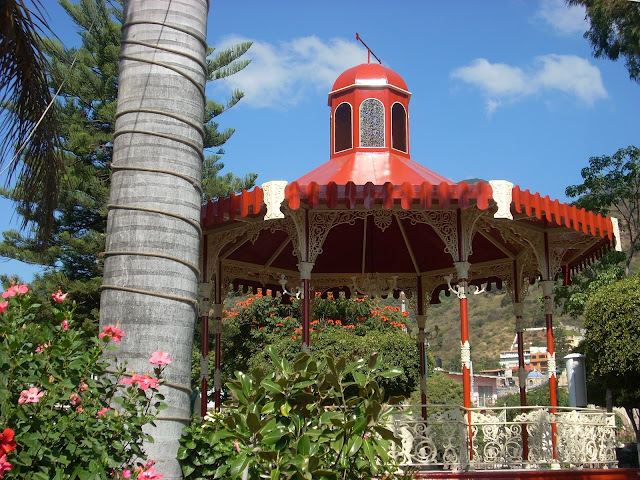 Our village has several dogs that roam the streets and the town square (plaza).  All are calm and respectful, even as you step over and around them.  The blond dog pictured on the steps of my friends' gift and DVD movie shop comes by every day for a handful of dog chow.  Today, we both hung around the shop for awhile.


The second photograph features the blue sky and the gazebo in the middle of the plaza.  The gazebo has been freshly painted in anticipation of the two week festival honoring the patron of Ajijic -- Saint Andrew (San Andres).

Ajijic really is a paradise.
Posted by Lee Harris at 2:07 PM No comments: 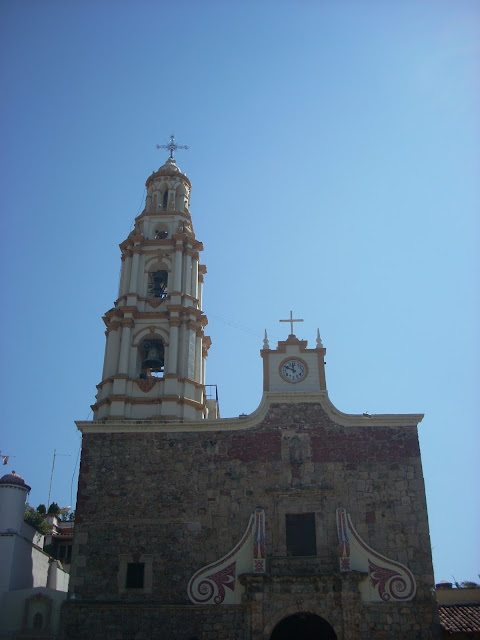 The rainy season has passed.  The mountains are beginning to turn from green to brown.  And, we have nothin' but blue skies.  It is still so very beautiful here in Ajijic, Jalisco, México.

This is the Church of Saint Andrew -- Santo Andres -- the patron of our village.
Posted by Lee Harris at 2:18 PM No comments:

"Housekeeping Items" were once a regular feature of the contract negotiations that I participated in when I was union Vice-President and an elected negotiator for the Port Huron Education Association.  They were mostly little things.  Sometimes an item was added to the housekeeping list to reflect changes in State or Federal laws.  One clause or another of our professional agreement would be modified and, of course, no one opposed those changes.  The new contract language would be typed and copied and the negotiating teams' respective Chief or Co-Chiefs would initial the document.  Simple stuff.

Many years ago, the non-discrimination clause of our contract needed to be "corrected" to bring it into compliance with the  federal non-discrimination laundry list. Some folks on both teams took a deep breath and waited to see what I would do.  You see, I was a known homosexual and a union and gay rights activist.  However, the adding of "sexual orientation" was not a mandated change.  Would I make it an issue?

I was also bullied.  I was given various reasons why I should not even broach the subject with my own negotiating team.  The possible outcomes of that decision, I was told, were too dire.  The union leadership and most team members did not want a public fight.  Not even a skirmish.  They were cowards, too.

I hope that someday soon the Port Huron Area School District will change its student and employee non-discrimination policies to reflect the reality of 2010.  Do they now have the courage to, as one union president loved to say, "do the right thing?"

Recently, the Saline School District's Board of Education was given the opportunity to lead by adopting a non-discrimination policy that included "sexual orientation, gender identity and gender expression."  They chose not to change a thing.......

Posted by Lee Harris at 3:44 PM No comments:

Come Out, Come Out, WHOever You Are 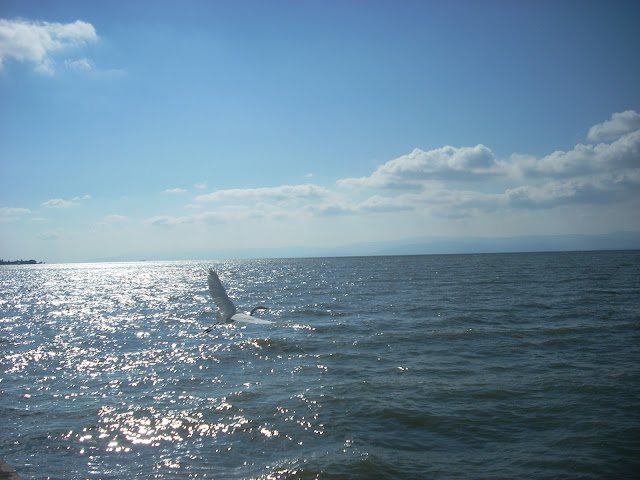 Lake Chapala is home to the Great White Heron Egret.  They are beautiful birds with a distinctive call that you may hear when they fly by.  I crept up on this fella and started taking pictures before someone startled it.  This was a lucky shot.
Posted by Lee Harris at 8:23 PM No comments:

Why Are You Voting Republican?

Posted by Lee Harris at 4:56 PM No comments:

Because the World Needs More Smiles

Thank you, Andrew Sullivan for sharing this "Mental Health Break".

I Am Not Hiding!

Here's a reminder to all of my family and friends --- the scenes in this video were mostly filmed in Ajijic.  I love this village and its people.  I love the wonders of nature that surround me.  I love the temperate climate.  And, yes.  Ajijic is a place of Life, Love, Death, and Healing.